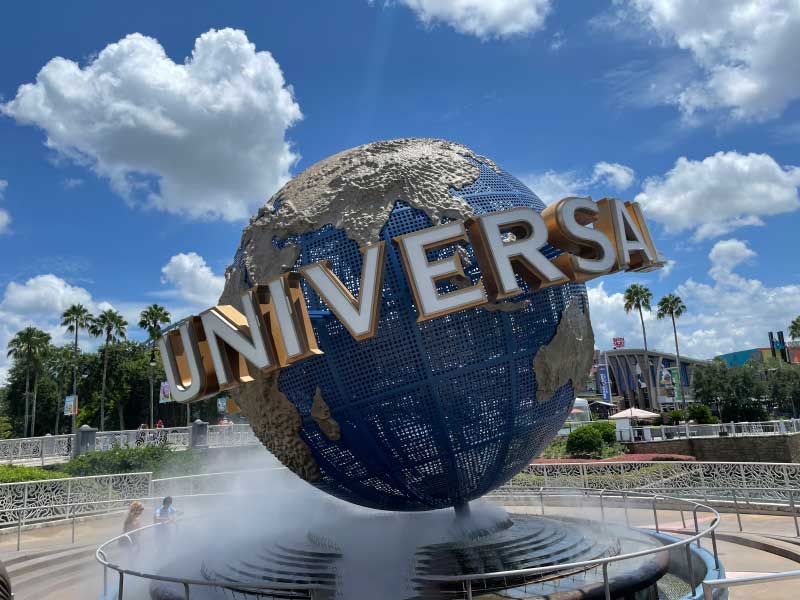 Theme park security across the country used to be varied. It depended where you were the level of security checks. But on December, 17th  2015, literally overnight, America’s theme parks all began using some form of metal detectors. This includes Universal’s theme parks, Disney’s theme parks, and SeaWorld Parks.

In this post I will go over just what to expect in regard to security checks at Universal Orlando, so that you’ll be prepared.

Guests are not permitted to have any type of explosive, weapon, item that can be used as a weapon or has the appearance of a weapon, illegal items or substances within Universal Orlando Hotels. This includes guest rooms and public areas within all resort hotels.

In order to enter Universal Orlando’s theme parks and CityWalk area all visitors must pass through metal detectors. All bags, backpacks, purses, packages and items are subject to X-ray and/or additional inspection prior to entering CityWalk or the Theme Park(s). Suitcases and bags with wheels are prohibited.

Keep in mind that you can’t just bring anything that you want into Universal’s public guest areas. It is private property.

Universal is checking for the following items, which may not be brought into Universal’s Parks:

Universal Orlando’s Security Zone is the area encompassing the two theme parks Universal Studios and Islands of Adventure, Universal’s dining and entertainment area CityWalk, the area in between all of these, as well as Volcano Bay.

I define the Universal Main Campus as as the area west of I-4, which is interconnected by Universal’s Water Taxi Service or the locations that you can walk to without having to cross city streets using cross walks. This area includes CityWalk and the theme parks.

Universal CityWalk is the gateway to both theme parks. All guests will pass through a portion of CityWalk on their way to the parks.

There are three ways to arrive at CityWalk

Those arriving via vehicle, whether their own vehicle, a bus from a Universal Orlando Hotel, off property hotel shuttle, or ride hire will process through security at the Main Security Rotunda.

Those taking a Water Taxi from their Universal Orlando Hotel will process through security at their hotel’s boat dock.

Those who decide to walk form their Universal Orlando Hotel will process through security on the path just prior to entering the CityWalk area.

Once you have passed through the security checkpoint into the security area you won’t be checked again. You can move freely between CityWalk and the theme parks.

Volcano Bay is “off-campus” and as such has its own security that is identical to that described above.

It is my policy to always be honest with you sos that you may make informed decisions. If something is gerat you’ll know it, and if something is less than I expect it to be or worse I’ll share that too.

Universal’s security staff fall into the less that what I’d expect category.

Unlike Walt Disney World, where the security staff are Disney employees and highly trained in over the top quality guest relations, Universal’s security staff is provided by a third party contractor. During my visits to Universal Orlando I’ve seen numerous rude to antagonistic encounters between Universal Security and guests and even and been subject a couple myself.

I’ll describe the worst one that I had. When in line to go through the metal detector at Universal’s Main Security Rotunda I had all my items in my hand to place in a bin for the x-ray machine as I was next in line, however the party in front of me was having issues, a person in the party brought their phone through the metal detector by mistake, so they had to come back around it and go through without it while it went through the x-ray machine. As they had come around and were passing their phone to a security person another security employee started telling me to put my hand carried items into the x-ray machine. I told him I was waiting for the person in front of me to clear the metal detector and I wasn’t putting my belongings on the belt to go through without me (so that someone could grab them on the other side, I mean that’s security 101). He then started yelling at me to put my things on the belt. I just waited my turn and once the way was clear I put my stuff on the belt and walked through the detector. When I got to the other side my items were still in the x-ray machine so I waited right where items came out of the machine. While standing there the guy who had been yelling at me came around the operator and stood on the other side of the belt from me. He didn’t look at me but as my items came out of the machine, he grabbed the bin and pushed it as hard as he could away from me to the far end of the rollers. This was the worst, I’d shrug it off, but I’ve had other somewhat rude behavior directed at me by Universal Security. It’s definitely totally different than interacting with Disney security!

Outside Food And Drinks

This post is a good spot to mention outside food and drink, as many folks like to ring snacks and such intot he parks and it’ll have to go through security.

I hope that this helps prepare you for your Universal vacation!

Let me know if you have any questions or comments about Universal Security in the comments section just below!